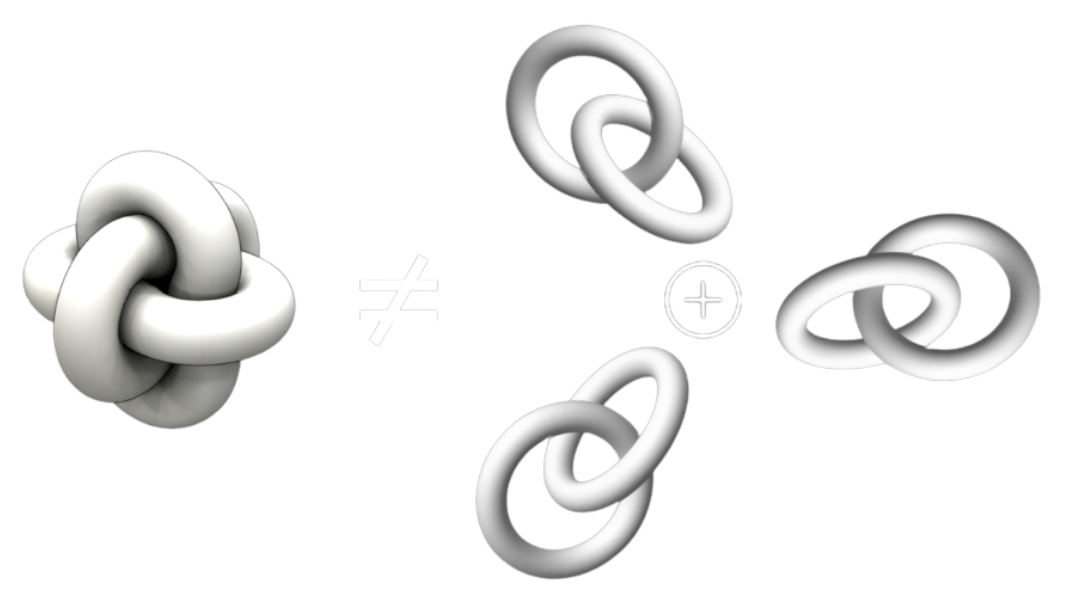 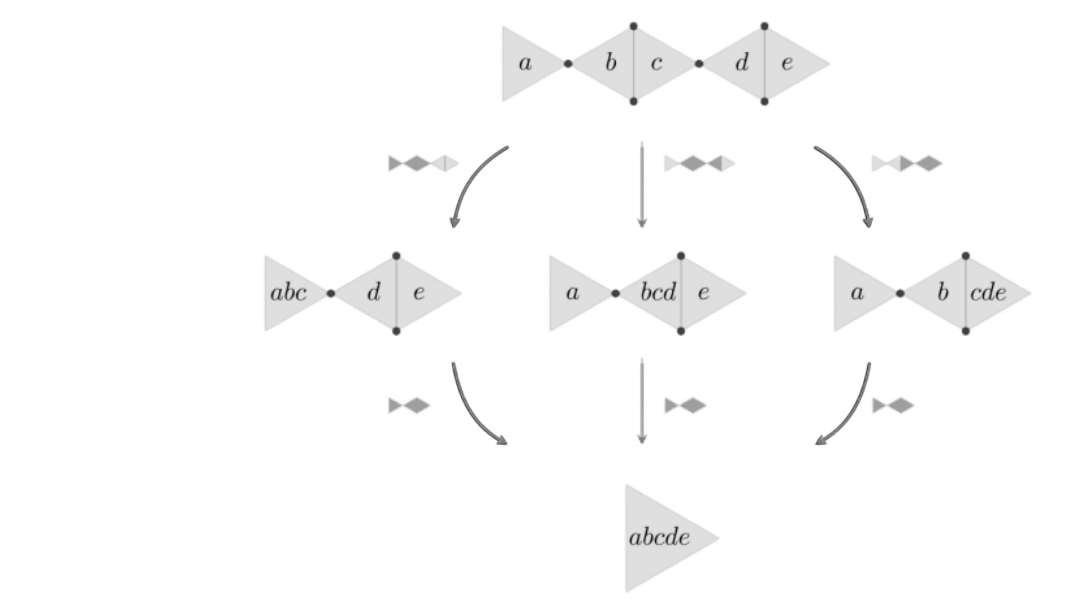 Arity Science is a multi-project research programme that aims to develop novel mathematical and computational frameworks, generalizing existing formalisms such as category theory, relational algebra and network theory, that can accommodate the complexity of higher-order systems while remaining rigorous and computable. Arity Science is a transdisciplinary effort that focuses on the formal investigation of mathematical objects such as n-ary algebras or hypergraphs, and their subsequent application for the modelling of higher-order phenomena across scientific disciplines, including brain connectomics, rewriting and automata, genome topology, art history or molecular computing. 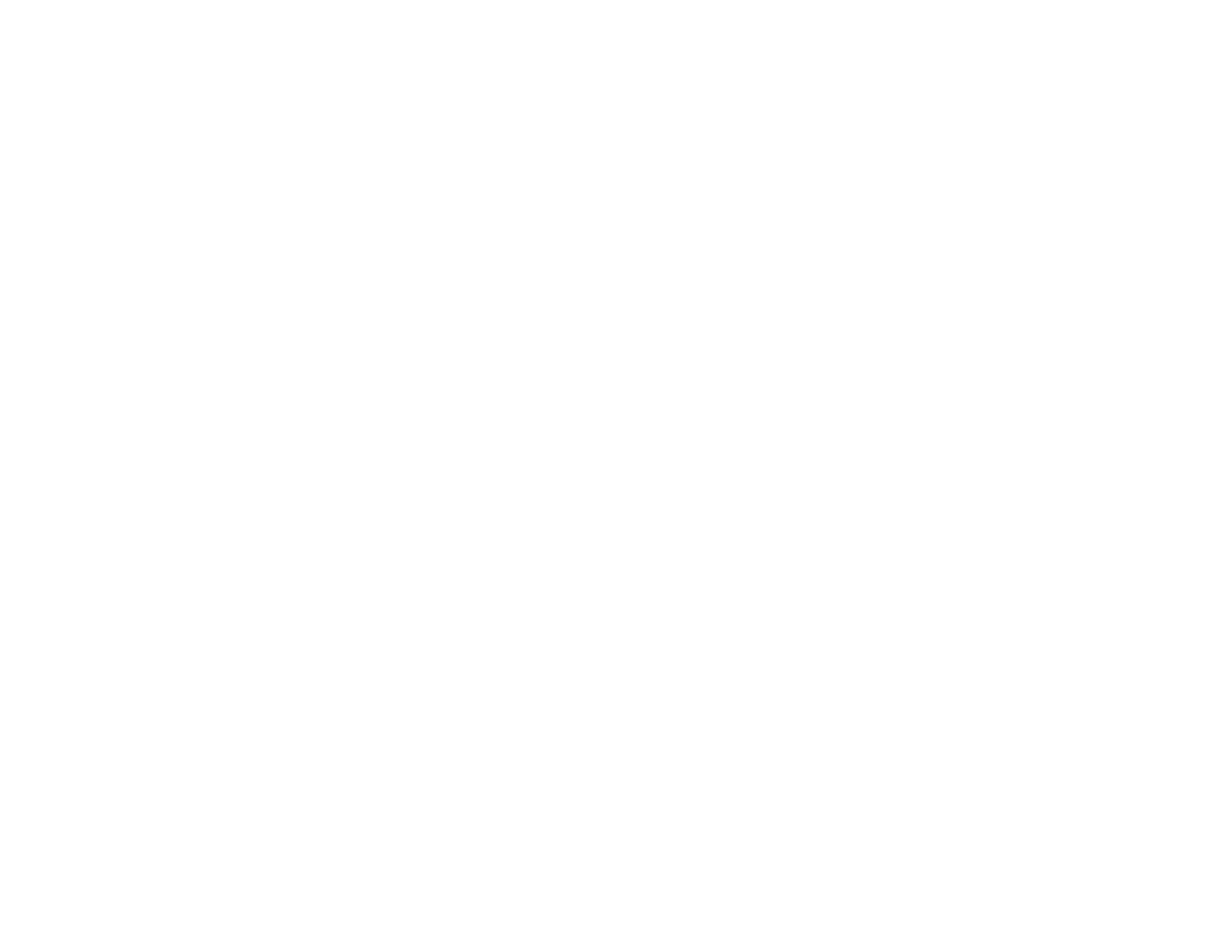 Higher-Order Connectivity in the Kinetoplast Genome Collaboration: C. Zapata-Carratala (SEMF, WI), D. Michieletto (U. of Edinburgh) Description: Circular DNA has been found in topologically non-trivial configurations both in vivo and in vitro. Higher-order linking structures beyond catenation, such as Borromean or Brunnian, are modelled with hypergraph adjacency. The aim is to investigate to what extent knoting and linking codifies biological information. Output: Hyperconnectivity in Topological Genomes [invited talk] Hypernetwork Modelling for the Role of Glia in Memory Formation Collaboration: C. Zapata-Carratala (SEMF, WI), L. Tubiana (U. of Trento), G. Zanardi (U. of Trento) Description: Astrocytes in the human brain have been observed to bind several synapses of separate neurons in a biochemically active way. Higher-order modelling is required to perform data analytics on the brain activity patterns that may be affected by the presence of glial cells. Output: ~research in progress~ Hypergraph Extension of Assembly Theory Collaboration: C. Zapata-Carratala (SEMF, WI), L. Cronin (U. of Glasgow) Description: Assembly Theory proposes a powerful model of chemical memory in an attept to systematize de biochemistry of the origin of life, among other applications. The original formulation was made in terms of simple directed graphs that were restricted to pair-wise assembly; however, directed hypergraphs were recognized to be more suited to describe assembly and they naturally account for combinations of an arbitrary number of elements. Output: ~research in progress~ Abstract Chemistries and Higher-Arity Categories Collaboration: C. Zapata-Carratala (SEMF, WI), A. Ortiz-Muñoz (SFI), N. Baas (NTNU) Description: Based on the diagrammatic approach to category theory, the extension of morphisms to higher-arity bonds and the reformulation of compositional rules in terms of hypergraph rewrites leads to a natural notion of higher-arity category. These objects seem to describe general forms of abstract chemistry, which can be applied to recover concrete forms of realistic molecular reactions. Abstract chemistries are likely to play an important role in the development of the theory of molecular computing. Output: "Ternary Categories" [talk], "Heaps of Fish: arrays, generalized associativity and heapoids" [paper], "An invitation to Higher Arity Science" [paper] Ternary Algebra and Higher Symmetry Collaboration: C. Zapata-Carratala (SEMF, WI), B. Rybołowicz (Heriot-Watt U.), J. Figueroa-O'Farrill (U. of Edinburgh) Description: Ternary algebras, such as semiheaps and 3-Lie algebras, are investigated for their purely mathematical properties and the potential to generalize the notion of symmetry in physical theories. This line of research works towards the resolution of the long-standing open problem of integration of n-Leibniz algebras which can lead to insights in the generalization of gauge theories and, in particular, a better understanding of the strong nuclear force. Output: "Associativity as Confluence" [invited talk], "Heaps of Fish: arrays, generalized associativity and heapoids" [paper], "Biunit pairs in semiheaps and associated semigroups" [paper] Hypermatrices, Adjacency and Rewrites Collaboration: C. Zapata-Carratala (SEMF, WI), X. Asiwalla (U. Pompeu Fabra), T. Beynon (Wolfram Research), I. Altman (ETH Zurich) Description: The basic mathematical theory for hypergraphs, analogous to classical graph theory, is still in its infancy. This project works towards the generalization of the basic principles of graph theory to hypergraphs and their application to network science. Particularly, higher-order adjacency in hypergraphs is modelled via hypermatrices (multi-index arrays, not to be confused with tensors) and higher-arity algebras. Output: "Introduction to Hypergraphs" [lecture], "An invitation to Higher Arity Science" [paper], "Heaps of Fish: arrays, generalized associativity and heapoids" [paper] Philosophy of Mathematical Creativity Collaboration: C. Zapata-Carratala (SEMF, WI), I. Altman (ETH Zurich) Description: The limitations of human cognition, and a combination of historical biases, have resulted in a landscape of mathematical and computational theories dominated by binary structures. As a consequence, the Arity Science effort requires a great deal of creativity and inventiveness. Philosophical enquiry and discourse that reveals preconceptions and expands methodologies is particularly useful in catalyzing the necessary ideation and imagination of new mathematics. Output: "Non-Binary Mathematics" [invited talk], "An invitation to Higher Arity Science" [paper]

Characterize Complexity from Arity. Many complex systems such as ecosystems, societies or cells, involve mechanisms that go beyond pairwise interactions leading to higher-order emergent and non-linear phenomena. What is the impact of the arity of interaction on the complex behaviour of a system? Survey Irreducible Arity. The Borromean rings, a configuration of three loops in space that are linked while not being pairwise linked, represent the paradigmatic example of an irreducible ternary relation. The phenomenon of irreducible arity is likely ubiquitous across mathematics and science. Formalize Hypergraph Adjacency. There is a well-known connection between graph theory and linear algebra, most notably exploited in network theory, based on the concept of adjacency. A hypergraph analogue of such a connection, which would involve hypermatrix algebra, has not been described in full detail and it is likely to prove instrumental in the modelling of higher-order systems. Develop Non-Sequential Computation. The notion of sequence, both abstract (a tuple) and practical (processes in minds and machines), dominates the current landscape of mathematical and computational formalisms. Higher-order phenomena call for a systematic framework that implements non-binary and non-sequential notions of operations, transformations and processes. Define Higher-Arity Categories. Category theory, with the notion of directed (binary) morphism at the core, is generally regarded to capture fundamental structural features of large areas of mathematics. Surprisingly, very little work exists on the notion of higher-arity morphisms and the use of hypergraphs as models for commutative diagrams. Examples from matrix theory and ternary algebra, however, point towards a rich compositional structure in higher-arity categories. Explore Higher Algebra. A vast landscape of n-ary, non-sequential and hypercompositional algebraic structures remains unexplored due to a combination of historical biases, human cognitive limitations and technical challenges. Novel approaches using hypergraphs and computer-aided notation are revealing previously unseen patterns. 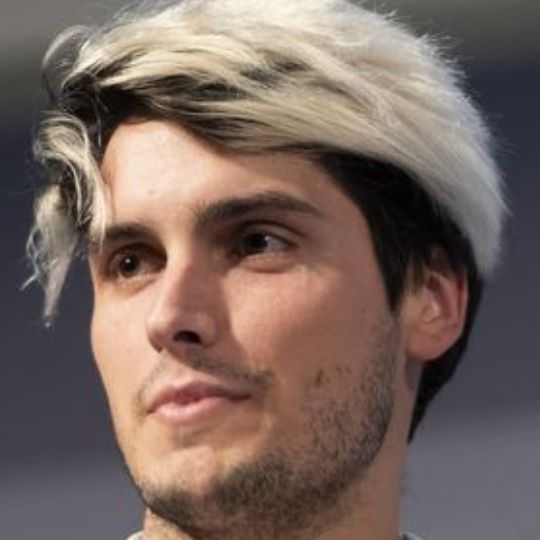 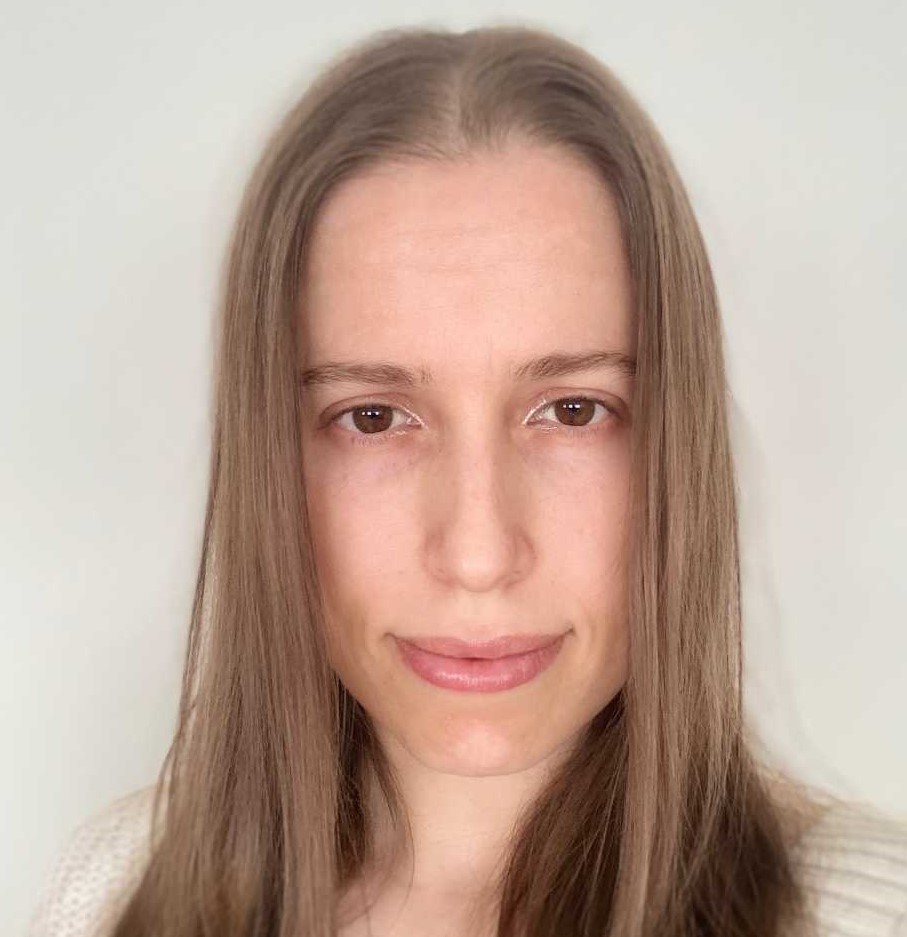 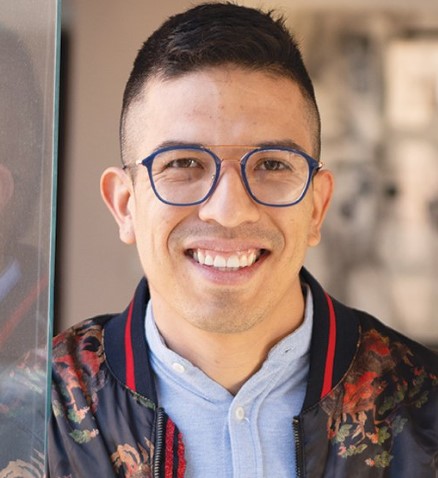 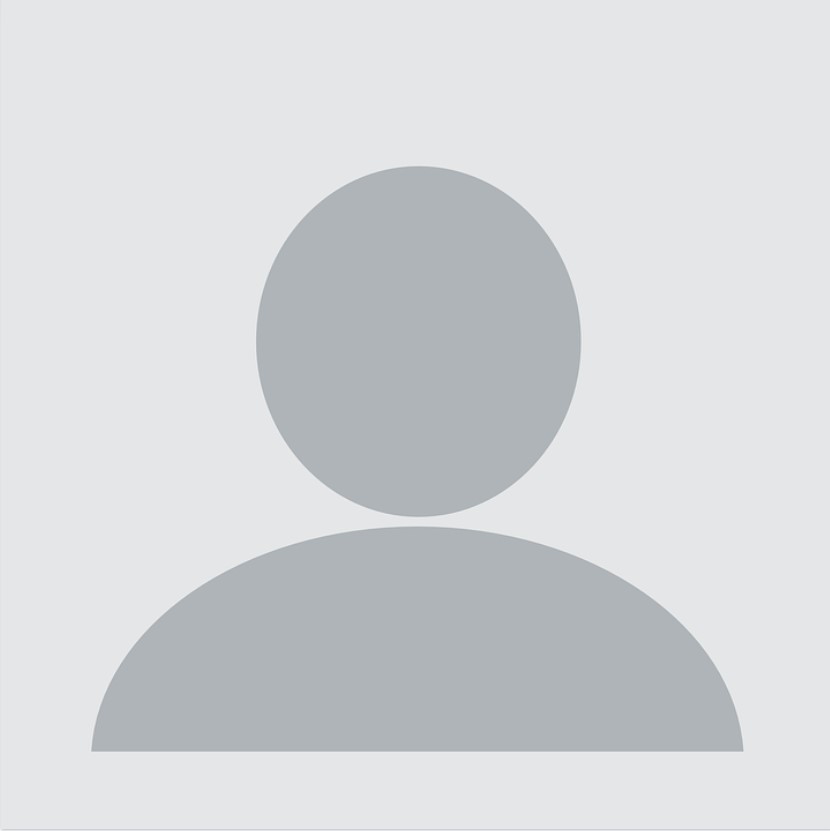 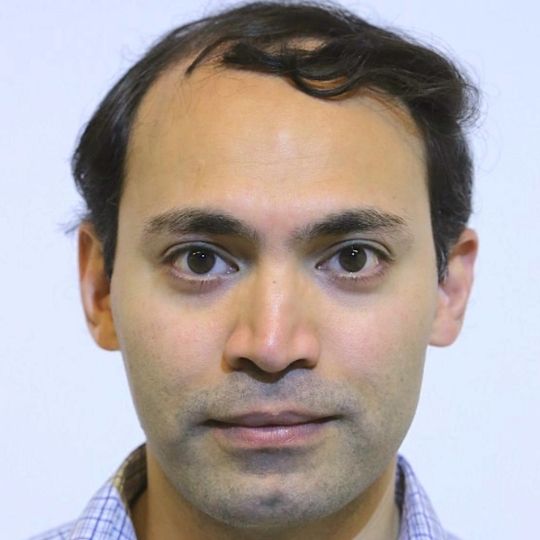 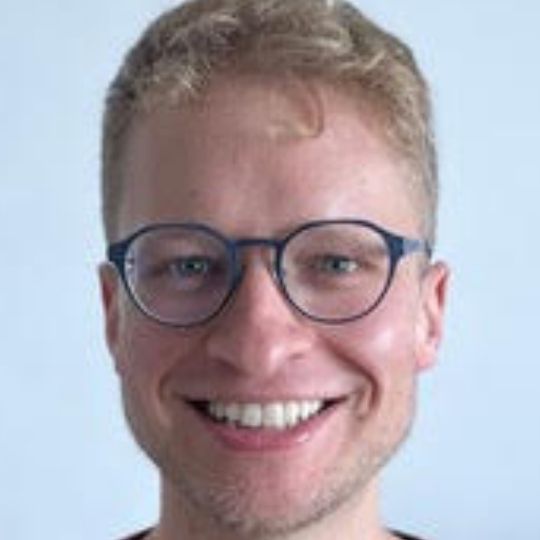